This release, as the ones before, brings a number of larger and lots of small changes.

pretix 1.7.0 is now available for installation via pip. The new docker images will appear on Docker Hub over the next few hours.

In this release, we redesigned how taxation works in pretix. Previously, all prices had to be configured as gross value and could optionally specify a tax rate that is included in the price.

Now, you can define one or multiple tax rules and assign each product to one of them. This allows you to have multiple tax rates with different names and additionally allows you to control paramaters of the tax calculation, such as treating the configured prices as net prices instead.

Additionally, you can configure a tax rule to implement the rules of EU reverse charge taxation if that is applicable to your event. Since this is an advanced feature, we recommend reading the new chapter of our User Guide first. 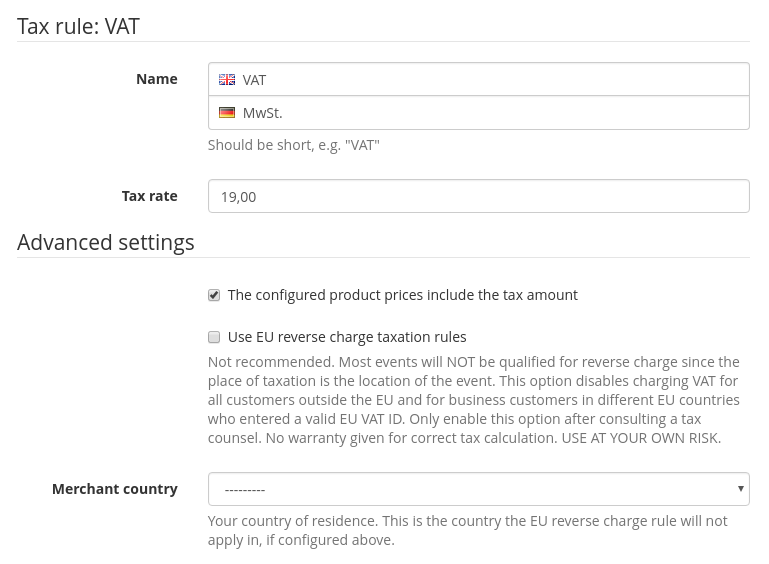 Our ticket scanning app pretixdroid is now available in version 1.6 on the Google Play Store and on GitHub. It has been updated with a number of exciting features: 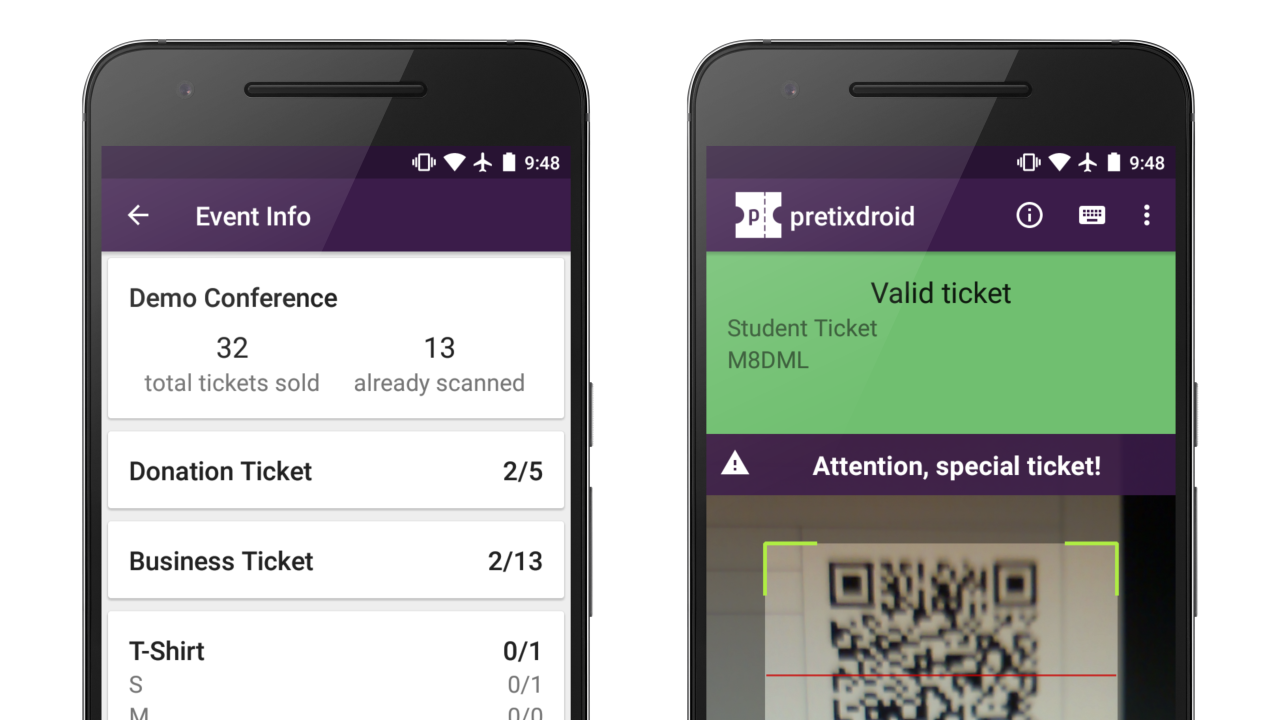 It is now possible to configure an email that will automatically sent a few days before your event to remind everyone to download their ticket. This is disabled by default, but might come very useful since you probably will have other things in your mind a few days before the event. Just configure it now and forget about it! 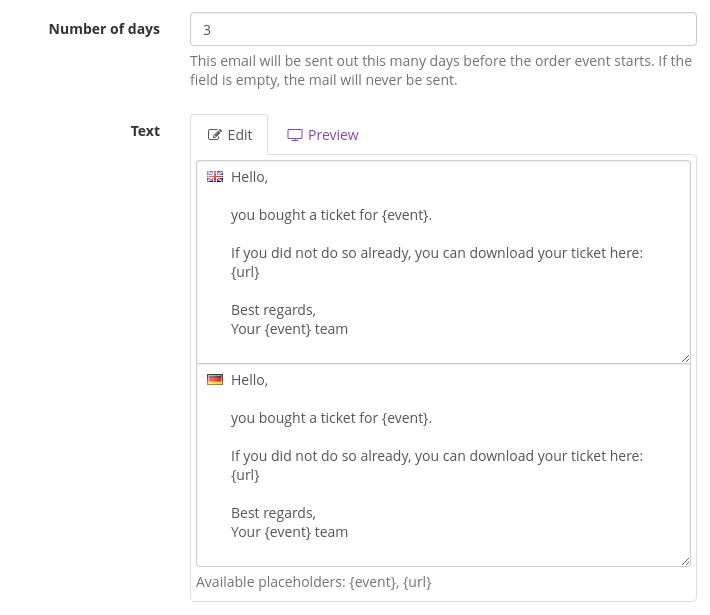 If you have lots of events, it is easy to lose oversight. Therefore, you can now configure a set of customized meta data parameters in your organizer account that you can then set for every event and for every date in an event series. You can currently use these parameters in your PDF ticket layouts and we will add other places later.

Some of the improvements in this release have been possible as a result of work sponsored by our friends at ERNW Insight and subkom GmbH.

Thank you both very much for supporting our open source efforts!

If you are also interested in sponsoring us to work on specific features, please get in touch with us.

Raphael is the founder and main developer of pretix. He is passionate about user-friendly, elegant software, and when he's not busy building software for conference organizers, he enjoys to co-organize a con­ference himself.