Following our monthly release schedule, we today release the next stable version of pretix. Big thanks go out to ari-s, Jakob Schnell, Tobias Kunze, and Ture Gjørup, who contributed to this release. ❤️

This release contains fewer large features than our last release since we, again, prepare something large in the background that will hopefully land with the next release.

pretix 1.10.0 is now available for installation via pip. The new docker images will appear on Docker Hub over the next few hours. All customers of pretix Hosted are already using the new version and do not need to take any action.

With this release, we redefined the way pretix handles check-ins. In the past, a ticket was either checked-in or not and every ticket could be redeemed exactly once.

Let's walk through two examples for this:

As a more advanced use case, suppose you have a music festival that consists of three concerts. You sell tickets for each one of them, but you also sell festival passes that allow access to all three of them. You could now create three check-in lists, one for each concert. They all include the ticket types for the respective concert as well as the festival passes.

The "Check-in list CSV export" is no longer available as a plugin, but is now directly integrated and always enabled. Additionally, those lists can now be exported to PDF files, if you prefer checking off your attendees on paper.

We improved the UI of the checkout process by adding a visual indicator of the current position in the process. This helps your customers to estimate how long it will take -- and prevent them from leaving your page before the process is completed.

Together with release 1.8, we released a shipping plugin for the pretix.eu hosting service as well as our pretix Enterprise customers. We now released a tool that can automatically download all tickets that are planned to be shipped and send them directly to your printer.

This tool is currently compatible with Linux or macOS only. You can find more information in the GitHub repository.

If you get a lot of bounced emails at your sender address of automatic mails, this plugin might come as a great relief: For every email that is related to an order, it creates a random email address of a certain format and rewrites the email's Sender header to that email address. The From and Reply-To headers remain untouched.

This way, you can route bounces will to a special inbox. To go a step further, you can then configure access to this special inbox via IMAP. pretix will then regularly retrieve mails from this inbox, parse them and see what order they are related to based on the To address. Then, it will add an entry to the order's log with the email content to enable you debug the issue if your customer complains about lost emails.

This is automatically enabled for all events on pretix.eu hosted that do not configure to use their own mail server. 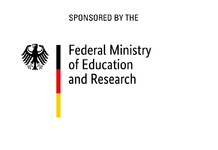 Some of the improvements in this release have been possible as a result of the support received by the BMBF via the PrototypeFund.