We are proud to announce that pretix, one of 15 open source projects nominated for this year's OSBAR, received the highest ratings of the jury and was therefore awarded the golden OSBAR prize.

We want to express our congratulations to all the other projects awarded together with us: The silver OSBAR was given out to Kodi, an open source home cinema system. The third prize was split between the Rust language and the OWASP ModSecurity Core Rule Set. A special OSBAR was awarded to Peekaboo, a component connecting cuckoo with amavis for checking incoming emails for viruses.

It was great meeting the developers of those other projects and get a chance to talk to them. We want to thank the Open Source Business Alliance for this opportunity and want to extend our thanks to TUXEDO Computers who sponsored a notebook for the OSBAR Gold winner that we will put to good use. 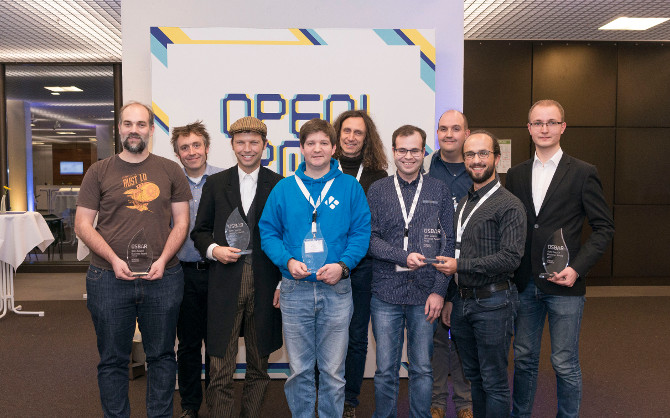