pretix 3.3.0 is now available for installation via pip. The new docker images will appear on Docker Hub over the next few hours. All customers of pretix Hosted are already using the new version and do not need to take any action.

This release adds a new payment method and a new product type at the same time: Gift cards can now be sold and redeemed through pretix. This is just in time for the Christmas season – gift cards for events make an amazing present.

A gift card is different from a voucher in multiple ways. Gift cards are sold for the money they are worth, and therefore do not represent a discount, but a means of payment. This is mostly relevant for taxation and statistics. Gift cards can of course be combined with other payment methods. Gift cards can be used across events of the same organizer and, if you want, even across organizers.

When you sell gift cards through pretix, they work like every other product sale. All features are supported, such as allowing users to choose the price/value of the gift card themeslves and issuing beautiful printable gift card certificates.

Ever created hundreds of vouchers and then spent hours distributing them to all your recipients? Yeah, we did too. With this new feature, you can directly compose a message when creating vouchers in bulk, and input a list of recipients that the vouchers will be shared with.

All pretix events can now be annotated with a physical location. This location is not (yet) shown in the frontend, but will allow lots of amazing geo-based plugins and third-party integrations, see below for the first examples. Automatic geo-coding is used to suggest the location based on the free-text location input.

For self-hosted installations, these features require an OpenCage API key, as well as URLs to a Leaflet-compatible map tile provider such as Thunderforest. Without these, the new coordinate fields can still be filled manually. 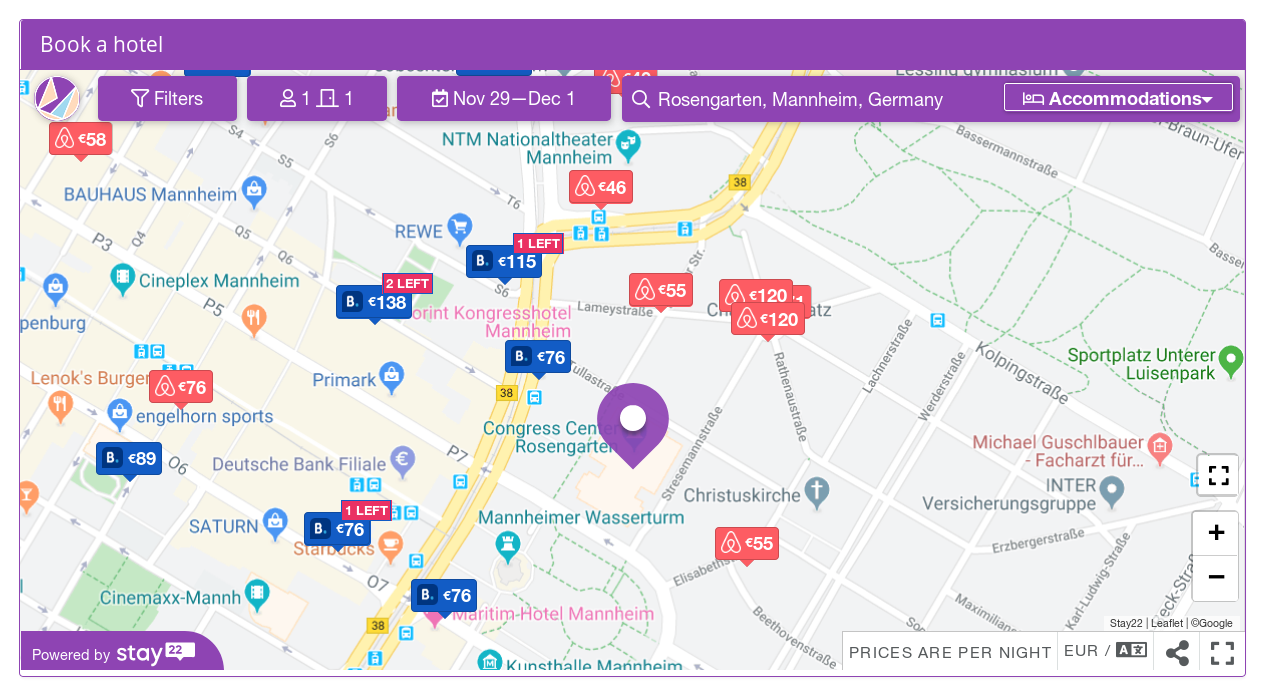 We've published two new plugins, integrating pretix with Stay22 and closer2event. Both services allow you to embed a hotel map on your order confirmation page. This way, your attendees can book their accommodation at an Hotel or AirBnB right away. Both integrations work without the need to sign up for anything, but if you sign up with either of the platforms, you can even get a commission on the hotel bookings.