Today, we are releasing pretix 3.7.0, featuring new ways to style ticket shops, the option to cancel events as a whole, as well as many small and large improvements. Big thanks go to David100mark and Maarten van den Berg who contributed to this release. ❤️

pretix 3.7.0 is now available for installation via pip. The new docker images will appear on Docker Hub over the next few hours. All customers of pretix Hosted are already using the new version and do not need to take any action.

Attention: Contrary to our announcement, pretix 3.7 still supports Python 3.5. You should still upgrade, since it's still likely we will drop it in the next release.

Upgrade note: Depending on the database version you used when you first installed pretix, an issue during upgrading might occur on MySQL/MariaDB installations. You can find instructions to resolve it in issue #1599. 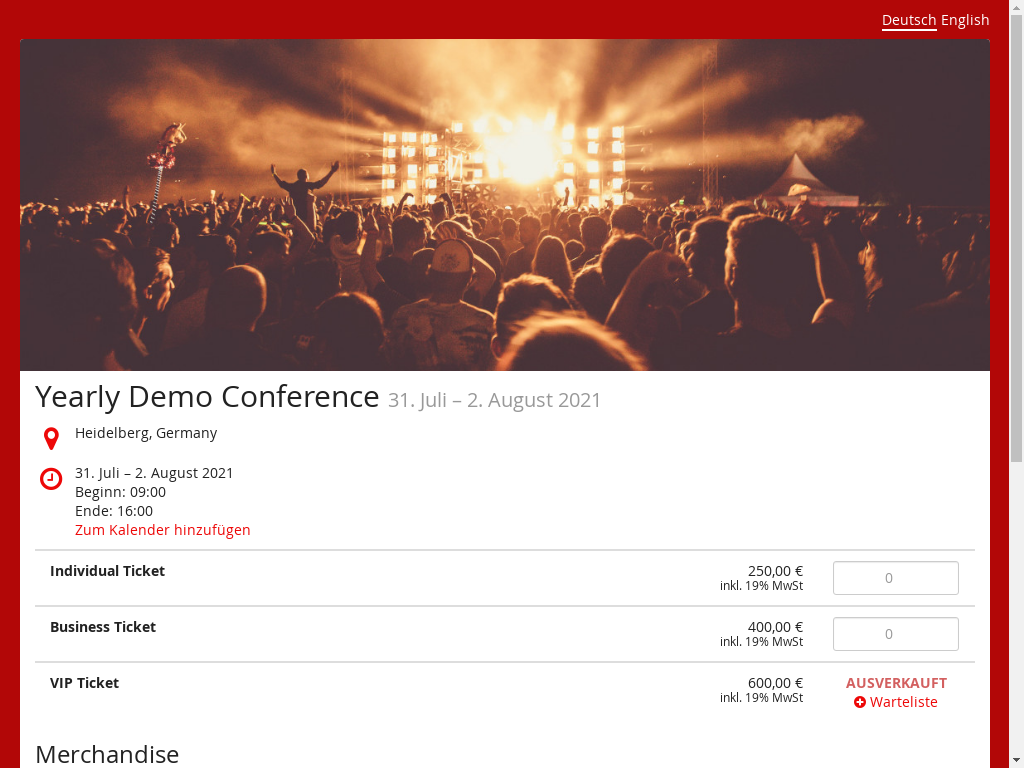 This one has been overdue for a long time: We're finally giving you more control over what your ticket shop looks like. In the past, it was already possible for you to select a font and control primary and secondary colors. Now, you can additionally set the background color of the page and set up a header image that is shown in full size. These two simple options will allow pretix shops to shine and look a lot more unique. We've even added an option for you to turn off rounded corners, in case you want to go all edgy.

Due to the SARS-CoV-2 virus we've seen a lot of canceled events. This makes us very sad, but we're here to help you in this situation as well. That's why we added a new feature that allows you to cancel all orders for your event with one click. Optionally, you can also refund the money right away (if your payment method supports it) and inform all of your customers via email. Fingers crossed you won't need it! 🤞

Just like for events, you can now specify your own meta data fields that you can set for your products. These fields can later be reused for example in badge or ticket layouts or in your API integrations.