Today, we are releasing pretix 3.9.0. This release contains lots of improvements around our check-in and time slot features, as well as some other great news. Big thanks go to Gonzalo Gabriel Perez, Maarten van den Berg, Mie Frydensbjerg, and pajowu who contributed to this release. ❤️

pretix 3.9.0 is now available for installation via pip. The new docker images will appear on Docker Hub over the next few hours. All customers of pretix Hosted are already using the new version and do not need to take any action.

We've improved pretix' support for event series with lots of events, such as a museum allowing to book individual timeslots. Amont other things, in pretix 3.9 we

We've added a new chapter to our documentation outlining how to best set up a time slot event. 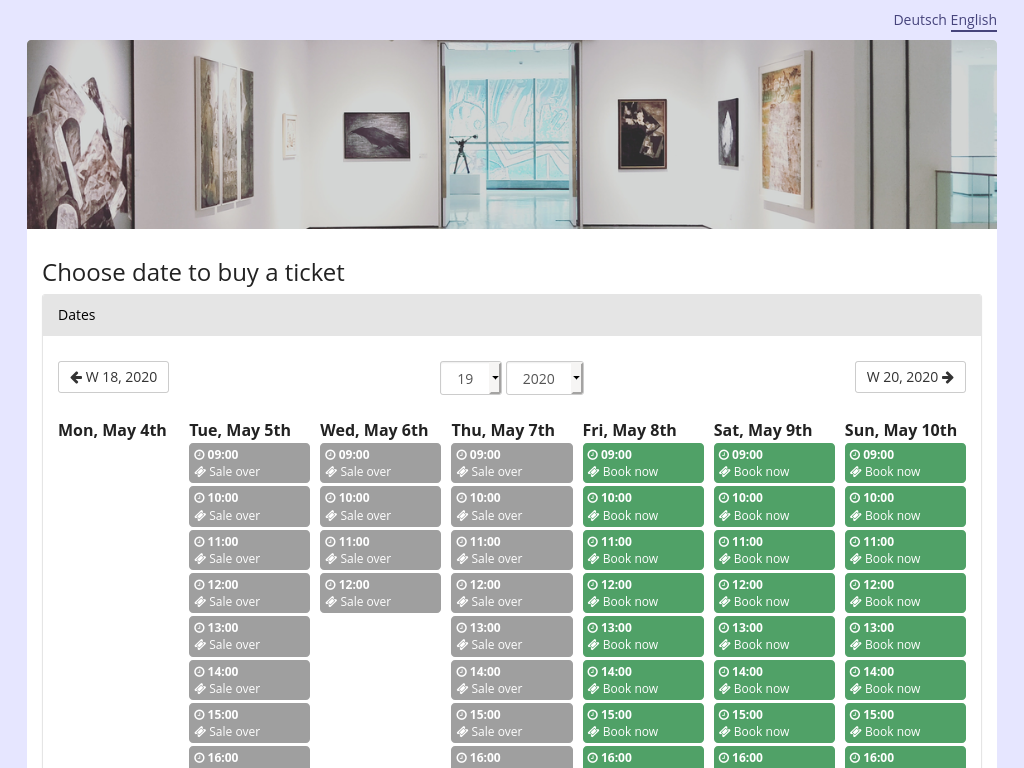 First of all, pretixSCAN (starting with version 1.4.0 on all platforms) can now be configured into an "exit scan" mode, in which you can use it to scan tickets of people leaving your event. By default, this allows them to re-entry with the same ticket later, but you can also turn that off of course and just use it to count how many people are currently inside your event.

Second, we've added a new way to configure pretix to support even the most complex access control rules. Our new rules engine allows you to program your own check-in situations in case pretix' settings aren't enough for you.

We've added some capabilities to our seating module to allow you to automatically ensure a minimum distance between your attendees while at the same time filling as many seats as possible. Read more about the details in last week's blogpost.