Today, we are releasing pretix 4.3.0. This release adds customer profiles, improves our waiting list feature and of course fixes lots of bugs and improves smaller features throughout the system.

pretix 4.3.0 is now available for installation via pip. The new Docker images will appear on Docker over the next few hours. All customers of pretix Hosted are already using the new version and do not need to take any action.

pretix 4.0 recently introduced the concept of customer accounts. For the last months, customer accounts have mainly been a prerequisite to allow our new membership model that can be used to set up e.g. season tickets.

However now that we have customer accounts, there's so much more we can do with them. As a second step, this release allows customers to save both invoice addresses and attendee profiles to their account. This way, your regular customers do not need to enter the same information time and time again. 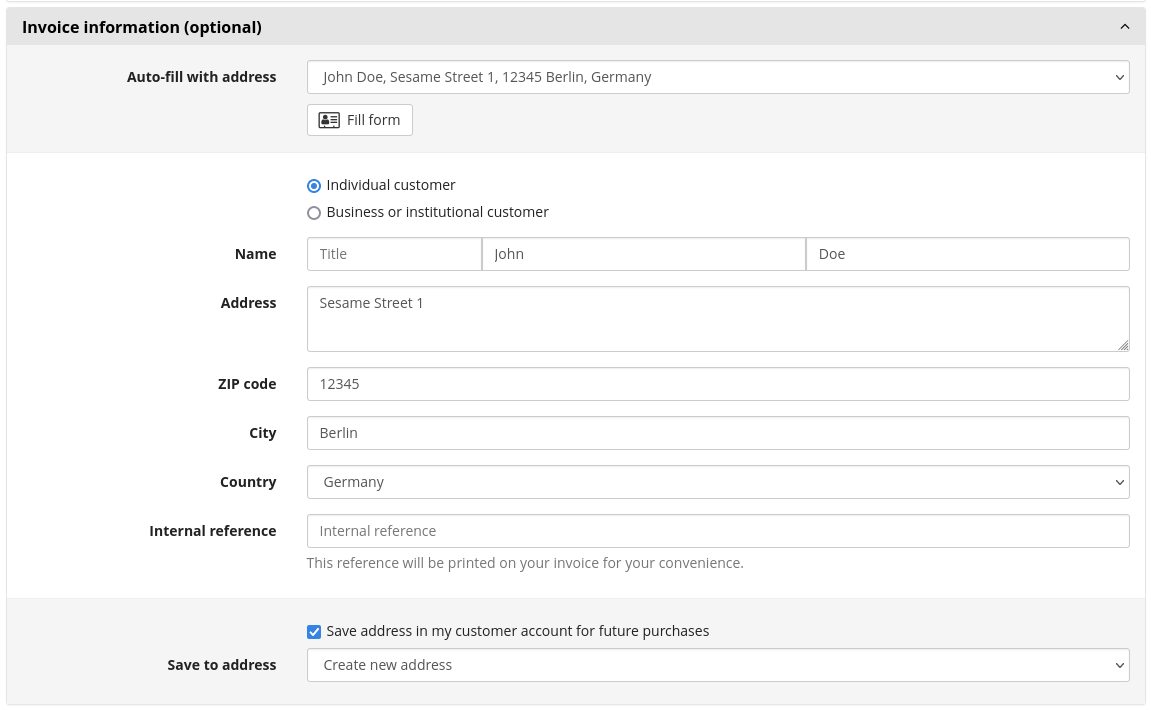 This is useful in many cases and allows for a cleaner product structure. If you e.g. want to have an early-bird price of a ticket that is otherwise identical, you can now use a variation and thus reduce the number of products you need. Most importantly, though, this finally allows some of our most powerful pricing features such as early-bird pricing or special pricing for invited guests to be used in combination with a seating plan where every seat needs to map to just one product.

This release brings two improvements to our waiting list fature: