Summer is over and fall brings back our monthly release cycle, starting with pretix 4.13.1. With this release, we are introducing single-sign-on options for customer accounts, plus a lot of small changes.

pretix 4.13.1 is now available for installation via pip. The new Docker images will appear on Docker over the next few hours. All customers of pretix Hosted are already using the new version and do not need to take any action.

Back in pretix 4.0, we introduced customer accounts as a way to make ticket purchases more convenient for your regular customers. However, this convenience only fully holds up if pretix is the only way your customers interact with you. For many larger organizations, this is not the case: There often are multiple systems or even multiple ecommerce applications that customers can use. For maximum customer convenience, it would be perfect if customers only require one account to log into all of these systems.

"Single-Sign-On" (SSO) is a technical term for just that: One person logging in to multiple systems with just one set of credentials. There are multiple technical approaches to SSO, but the most popular one these days is OpenID Connect. pretix 4.13 now includes support for SSO based on OpenID Connect. 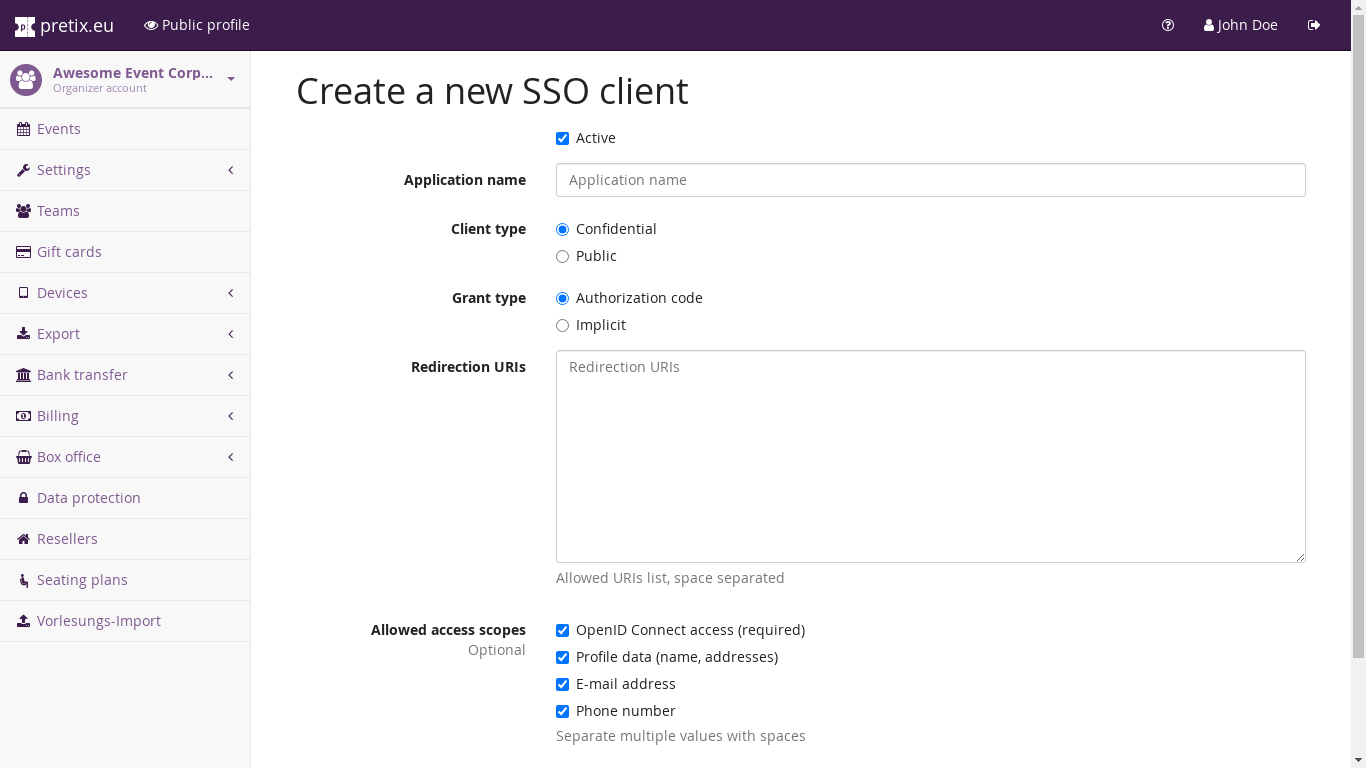 Back in 2019, we published a ZUGFeRD plugin for pretix. ZUGFeRD is a German standard (identical to the French standard Factur-X) for machine-readable invoices. With ZUGFeRD, an XML file is embedded into the PDF invoice that makes it easier to process the invoice in an automated way, while at the same time preserving it's readability to human readers.

No changes, but we updated a number of library dependencies that could cause compatibility issues. Most notably, we ugpraded PyPDF2 to version 2.