Today, we are releasing pretix 4.15.0, which includes a new plugin interface to integrate with external gift card systems, new customization options for emails and of course lots of smaller improvments throughout the system.

pretix 4.15.0 is now available for installation via pip. The new Docker images will appear on Docker over the next few hours. All customers of pretix Hosted are already using the new version and do not need to take any action.

Add-ons and bundles in pretixPOS

With pretix 4.15 in combination with pretixPOS version 3.7.0, we've added support for add-ons and bundled products in pretixPOS. This brings us a good step closer towards our long-term goal of supporting all major pretix features in pretixPOS as well. To use the new feature, you just need to upgrade your pretixPOS app and everything will work automatically. In case you need the old behavior back for some reason, there's a switch to do so in the pretixPOS product list settings. 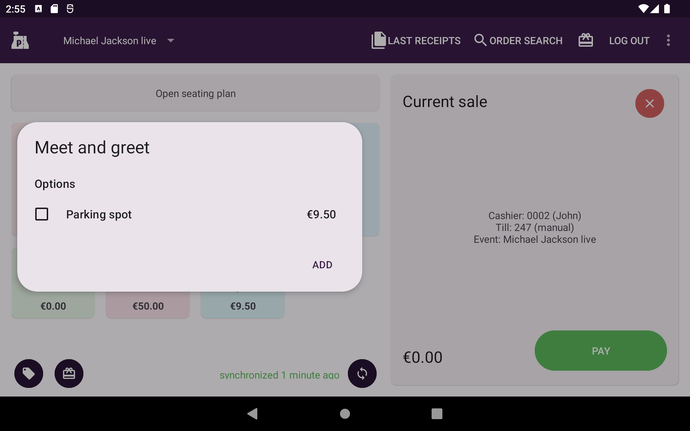 pretix has always allowed you to customize the content of all emails we send to your customers, but up until now, there has been a limitation: You could only change the text of the email. Starting with 4.15, we're bringing a much-requested improvement that allows you adjust the subject line of every email we send!

pretix 4.15 adjusts the way payments are handled in pretix and includes the basis for plugins to implement payment methods that only pay for part of an order. This is mainly useful for integrating gift card payments that are not backed by our internal gift card system, but a different gift card system already used in your organization. If that's something you're looking for, feel free to reach out to see if we can integrate your existing system!